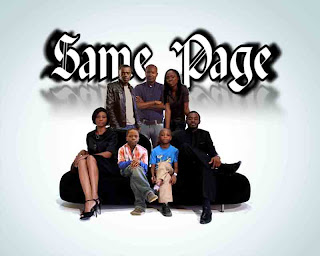 BP Vision is back with another intriguing theatre show in Lagos.

“SAME PAGE” a stage play, is one in the Night Thing Series which is part of the Night Thing Campaign. It the story of a man and a woman brought together in love by time and affection. They are soon separated by career and assumptions; their separation takes them through different paths in life, with two different but identical and unforgivable secrets. Their different paths have led them back together on the same page. Can they find love again?
...Only time will tell.

It is a fusion of music, dance and drama.

The Red Carpet for the Command Performance commences at 6pm. The show will have in attendance members of the business community, diplomatic community, Government officials and the big wigs of the entertainment industry in Nigeria.

For a chance to win free tickets like bp visions Fan page on Facebook www.facebook.com/bpvision and send a message with your name from now till 24th of November. Winners will be announced on 25th of November